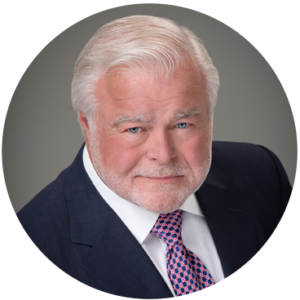 Bob earned his B.A. with Honors from the University of Texas in 1975. In 1978, he earned his J.D. from the University of Texas School of Law with Honors, Order of the Coif. For the last thirty straight years, Bob has earned an AV-Preeminent listing in Martindale Hubbell which represents the highest peer rating in both legal ability and ethical standards. He is Board Certified in Personal Injury Trial Law, Texas Board of Legal Specialization and is an Advocate Member of the elite invitation only American Board of Trial Advocates. Bob has been a Texas Super Lawyers honoree from 2006 – 2012, 2014 – 2019.